Since its inception, PowerPoint has revolutionized the way we present. Although PowerPoint has grown to become a ubiquitous tool across multiple industries and worked its way into pop culture (see Dilbert), few know about its early days.

PowerPoint began development in 1984 when Robert Gaskins was hired at Forethought, Inc. in Sunnyvale, California. His initial description of PowerPoint noted that business presentations were a $3.5B industry driven by 35mm slides and overhead transparencies. The idea of presentations wasn’t new and there were already a number of competitors. However, PowerPoint sought to disrupt the industry, making it quicker and easier to build slides with the help of personal computers.

The name “PowerPoint” wasn’t coined until just before its official release in 1987 when attempts to trademark the original name “Presenter” were rejected.

In February 1987, about 2 months prior to launch, Microsoft visited Forethought for a private demonstration. Bill Gates remained skeptical: “No, no, no, no, no, that’s just a feature of Microsoft Word, just put it into Word.” However, Microsoft returned a few days later to offer $5.3M plus incentives. Unhappy with the terms, which included moving the development team to Redmond, Forethought rejected the offer and subsequent offers from Microsoft.

On April 20th, 1987, PowerPoint 1.0 for Macintosh shipped. The initial press reviews were favorable, and their first production run of 10,000 units sold out. On April 28th, Microsoft visited Forethought again and the final deal structure started to take shape. On June 25th, the Microsoft officially agreed to a purchase price of $14M in cash. A permanent ‘Business Unit’ run by Robert Gaskins would remain in California.

PowerPoint 2.0, the first version available on Windows, was released in 1990 in conjunction with Windows 3.0. Press coverage of Windows 3.0 was illustrated in PowerPoint slides, launching a strong symbiotic relationship. Microsoft beat offers by Apple, Borland, Xerox, and others to get a head start in the presentation industry – they’ve never looked back. 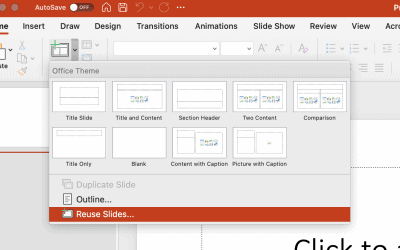 If you create presentation slides or even manage presentations for your company, you’ve likely wanted to find a slide in an old presentation.  However, scanning through dozens of files in a variety of locations (e.g Box, email attachments, SharePoint) to finally find... 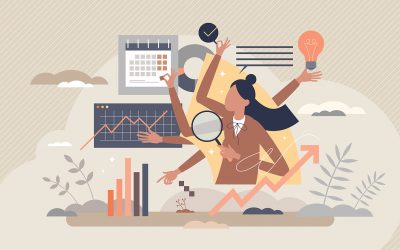 Context Switching: What Is It & How to Reduce It While Building Your Presentation

A major culprit for reducing productivity is context switching. When switching between tasks, tools, or even projects, efficiency and focus can be lost, leaving you with less time than you started with.  As Jory MacKay puts it, “You can’t do your best work when your... 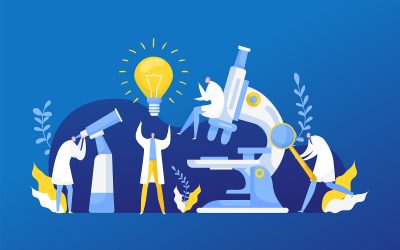 Creating a brief and impactful presentation from PowerPoint's default "Click to add title" starting slide is a daunting task. Many seasoned presentation creators struggle to communicate their ideas effectively through clear, concise slides.  SlideScience breaks down...

This website uses cookies to improve your experience while you navigate through the website. Out of these cookies, the cookies that are categorized as necessary are stored on your browser as they are essential for the working of basic functionalities of the website. We also use third-party cookies that help us analyze and understand how you use this website. These cookies will be stored in your browser only with your consent. You also have the option to opt-out of these cookies. But opting out of some of these cookies may have an effect on your browsing experience.
Necessary Always Enabled
Necessary cookies are absolutely essential for the website to function properly. This category only includes cookies that ensures basic functionalities and security features of the website. These cookies do not store any personal information.
Non-necessary
Any cookies that may not be particularly necessary for the website to function and is used specifically to collect user personal data via analytics, ads, other embedded contents are termed as non-necessary cookies. It is mandatory to procure user consent prior to running these cookies on your website.
SAVE & ACCEPT
Share This